Who is Richard Burton?

Richard Burton is born in Wales as Richard Jenkins to a coal miner father, his childhood was one of poverty as he was the 12th of 13 children. He later claimed he escaped from this life by reading books. He was a life-long fan of William Shakespeare.
In 1943, he was unofficially adopted by his schoolmaster, Philip Burton, whose surname he adopted and who coached him until he gained a scholarship to Oxford, at the age of sixteen.

Burton spent time as an officer cadet in the RAF during WW2 and, by 1949, was performing opposite such luminaries as John Gielgud.

Although he had starred in several feature films before, most notably 'The Robe' (1953) and 'Alexander the Great' (1956), it was his Broadway success that led to his being cast opposite Elizabeth Taylor in 1963's 'Cleopatra'.

His romance with Taylor led to the collapse of his first marriage (to Sybil Williams, whom he had married in 1948 and had two children with), and was to catapult him to international stardom. Indeed, the pair's fiery relationship was to prove a staple in the tabloid press, as the couple's first marriage ended in divorce in 1974, only to be succeeded by reconciliation and a second divorce in 1976.

Burton appeared in some ten feature films with Taylor, including 'The VIP's' (1963), 'The Sandpiper' (1965), and 1966's 'Who's Afraid of Virginia Woolf', for which Taylor won an Oscar, and Burton his first Oscar nomination.

He was praised for his superb performance as Henry VIII in the 1969 film 'Anne of a Thousand Days' and was awarded the CBE by the Queen in 1970, accompanied by his eldest sister Cis and then-wife Taylor.

However, Burton found that roles started going to younger and more athletic male actors in the 1970s.

After the break-up of his relationship with Taylor in 1974, Burton remarried twice, to Susan Hunt in 1976, and then to Sally Hay Burton in 1983.

A string of unsuccessful movie flops was ended with a second unsuccessful Oscar nomination for his role in 'Equus' (1977), although Burton was unable to recapture such form until his role as O'Brien in the posthumously released '1984'. Plagued by ill health due to years of alcoholism and heavy smoking, he had to wear a neck brace during rehearsals.

Burton died of a brain haemorrhage at the age of 58. He was survived by his fourth wife, and is buried in the Protestant Churchyard in Celigny, Switzerland.

He died shortly before he started filming 'Wild Geese II', which was a sequel to his successful 1978 film 'Wild Geese'. Burton would have been the only returning actor in the movie and was replaced by Edward Fox in the main role.

Until 2007, he held the record for having the most Oscar nominations (seven) without winning one but this was broken by Peter O'Toole.

All videos of Richard Burton 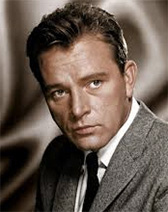