Who is Sean Penn?

Sean Justin Penn was born on August 17, 1960, Los Angeles to parents Eileen Ryan and Leo Penn. His mother, Eileen, was a television and movie actress that came from an Irish American background. Eileen has starred in twelve movies as well as nine TV shows over the years but continues to act to date. Sean’s father, Leo, worked as an actor and director during his life. Leo tragically passed away in 1998 after suffering from lung cancer.
It didn’t take long for Sean to realize his true calling in life as he discovered his love of acting and filmmaking at a young age. While still in high school Penn decided to pick up the camera and began directing and starring in short films. He would have some help though as he lived near some famous faces growing up, including Charlie Sheen, Rob Lowe, and Emilio Estevez. By age 14 Penn had his first job as an extra for his dad while he was directing television shows. 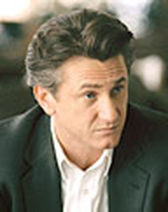