Who is Natalie Wood?

Actress Natalie Wood was born in San Francisco on July 20, 1938. At 16, she co-starred with James Dean in Rebel Without a Cause (1955). In 1961, she played Maria in West Side Story and was nominated for an Academy Award for her performance in Splendor in the Grass. In 1981, Wood drowned during a boating trip with husband Robert Wagner and Brainstorm (1983) co-star Christopher Walken. The circumstances of her death remain controversial.
The daughter of Russian immigrants, Natalie Wood was born on July 20, 1938, in San Francisco, California, and started performing an early age. Her mother Maria enrolled her ballet classes as a small child. At the age of 4, Wood landed her first film role, a bit part in Happy Land (1943), which happened to be filming in Santa Rosa, California, where she was living at the time. She had won over director Irving Pichel after her mother orchestrated their introduction. Later Wood said that her mother told her to "make Mr. Pichel love you."

The dark-haired, doe-eyed girl soon made other film appearances. Wood tugged on the heart strings of audiences with her small role as an orphan in the 1946 drama Tomorrow Is Forever with Claudette Colbert and Orson Welles. In 1947, she again won over move-goers with her first starring role, in Miracle on 34th Street. This movie, about a girl who questions the existence of Santa Claus, made Wood as a star.

At the age of 16, Wood began filming one of her most famous films. She co-starred with James Dean and Sal Mineo in the 1955, groundbreaking depiction of teenage rebellion and angst, Rebel Without a Cause. In the film, Wood played the girlfriend of a troubled outsider, played by James Dean. She earned an Academy Award nomination for her work.

As an actress under contract, Wood sometimes had to make movies that she didn't want to. Her mother also pressured her at times, too. One of her least favorite projects was The Searchers, a 1956 western starring John Wayne. Wood felt she had been miscast as a white girl who was abducted and then raised by Native Americans.

Wood struggled to get good acting parts, but in the 1960s she landed some of her most famous roles. In 1961, she starred opposite Warren Beatty in Splendor in the Grass, playing the part of young girl torn by desire and social conventions. In this role, Wood showed great range as an emotionally fragile young woman driven to madness. That same year, she starred in another troubled romance, West Side Story, in which she falls for a boy from the wrong side of the tracks. This urban retelling of William Shakespeare's Romeo and Juliet proved to be a hit. Wood did all her own dancing in this popular musical, but her singing was done by Marni Nixon, a Broadway performer.

Mirroring her own life story in a way, Wood played the title character in 1962's Gypsy, the musical about stripper Gypsy Rose Lee. Rosalind Russell co-starred as her domineering stage mother who drove her daughter to perform.

Wood earned a lot of press not just for her acting roles, but for her personal life. She enjoyed great popularity, becoming a hit with movie star fan magazines. Wood had numerous relationships—both public and secret—with her co-stars, colleagues and other stars. She dated actor Dennis Hopper, hotel dynasty heir Nicky Hilton, and even singer Elvis Presley.

Her first marriage in the 1950s also attracted much media coverage. The 18-year-old star wed actor Robert Wagner, eight years her senior, in 1957. The couple became a favorite subject in fan magazines. The union, unfortunately, did not last, with the pair splitting up in 1962. Around this time, Wood became involved with Warren Beatty.

Even after years of therapy, Wood reached a point of deep despair in 1966. She attempted to kill herself by drug overdose that year. As part of her recovery, Wood took a break from making movies. In 1969, she married Richard Gregson, a writer and producer. The couple had a daughter, Natasha, the following year.

In 1972, Wood's volatile personal life took another turn. She divorced Gregson and decided to remarry Wagner. Wood and Wagner had one child, a daughter named Courtney, born in 1974. This time around, Wood seemed to devote more time to her family rather than her career. The pair stayed together until Wood's death in 1981.

Wood returned to the big screen with the 1969 comedy Bob and Carol and Ted and Alice, co-starring alongside Elliott Gould, Dyan Cannon, and Robert Culp. After that film, she took on few acting roles. Wood earned positive reviews for her performance in a televised version of Tennessee Williams' Cat on a Hot Tin Roof in 1976. Three years later, she received acclaim for her role in the television miniseries From Here to Eternity.

That same year, Wood paired up with Sean Connery for the poorly received sci-fi film Meteor. She next appeared in the 1980 comedy The Last Married Couple in America, but again commercial and critical success alluded her. In 1981, Wood worked on her final film Brainstorm, a science-fiction thriller, with Christopher Walken.

In November 1981, Wood took a trip with husband Robert Wagner to California's Catalina Island on their boat Splendour. Her Brainstorm co-star Christopher Walken was also on board. On the night of November 29, the three actors had been drinking. Wagner reportedly broke a bottle during a fit of anger over Wood's relationship with Walken. He thought the pair seemed too close. After that incident, Wood and Wagner allegedly argued.

Later that evening, Wagner was unable to find Wood. Her body was discovered the following morning, floating in the water off Catalina along with a dinghy from the Splendour. Her death was ruled an accidental drowning. It was theorized that Wood fell in the water after attempting to secure the dinghy to prevent it from banging into the boat. Some objected to this explanation, as Wood had a lifelong fear of the water.

Her family and friends gathered at Los Angeles's Westwood Village Memorial Park Cemetery to say good-bye to the lovely, yet troubled, star. Mourners included Frank Sinatra, Elizabeth Taylor and Elia Kazan. Former colleagues and associates also shared their remembrances. Director Sydney Pollack said that Wood "was a sensational actress, often underrated because she was a 'movie star' and as pretty as she was. She had a combination of vulnerability and a kind of aura."

Over the years, Wood's turbulent life and its unexpected end have been the subject of numerous books and television programs. Wood's younger sister, Lana Wood, and Dennis Davern, the captain of the Splendour have been especially outspoken about Natalie's death. Davern even co-authored a book about that fateful night, claiming that he had not told the authorities the truth. He later indicated he thought that Wagner was responsible for Wood's death. There were also reports of other boaters hearing a woman cry out for help late that night.

In November 2011, the Los Angeles County Sheriff's Department announced that it would be reopening the investigation into Wood's death. The department received new information about the case and would be following up on these new leads. While no specific details were released, authorities indicated that Wagner was not an official suspect. In June 2012, the mystery was further prolongued, when the official cause of Wood's death was changed from an "accident"—as originally noted by L.A. County coroner Thomas Noguchi—to "undetermined" on her death certificate.

In the more than 30 years since her passing, the public still remains haunted by Wood's untimely end. 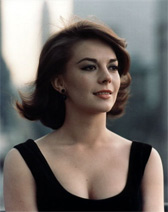