Who is George Michael?

George Michael, christened Georgios Kyriacos Panayiotou, is born in East Finchley. He is raised in Kingsbury, in north London, by his Greek Cypriot restaurateur father and English dancer mother. His father had moved to London in the 1950s and changed his name to Jack Panos.
Michael’s parents move the family to Radlett, Hertfordshire. He attends Bushey Meads school, where he meets Andrew Ridgeley. The pair would go on to form Wham! together.

Wham! comes together after Michael and Ridgeley had been in a ska group called the Executive together. Michael has already been DJing in local clubs around Bushey and Watford.

Almost instant success comes with Wham!’s first album, Fantastic, which goes straight to No 1. It includes Club Tropicana and several more chart-topping singles. Their second album, Make It Big, goes to No 1 in the US, as does Wake Me Up Before You Go-Go. The album also features Michael’s first venture as a solo artist, Careless Whisper, which tops the charts in 25 countries. He also appears solo on the Band Aid Christmas single in 1984.

Michael’s growing success as a solo artist leads to the breakup of Wham!. In 1987 he achieves another No 1 around the world with, I Knew You Were Waiting (For Me), a duet with Aretha Franklin, and later that year he releases his first solo album, Faith, writing and producing every track himself. The album features classic singles I Want Your Sex (banned from several radio stations) and Faith. To date it has sold more than 25m copies.

Tragedy strikes after Michael’s second album, Listen Without Prejudice Vol 1, is a success: his Brazilian boyfriend Anselmo Feleppa flies to London to say he has tested positive for Aids. Michael spends two years nursing Feleppa until he dies of a brain haemorrhage in 1993, shortly after returning to Brazil for a blood transfusion. Michael later says: “I think he went to Brazil because he feared what my fame would do to him and his family if he got treatment elsewhere. I was devastated by that.”

The day after Feleppa’s death, Michael decides to finally tell his parents, in a long letter, that he is gay. He says he was confused about his sexuality until he was 24. However, he would not come out publicly as gay for seven more years.

After a period of seclusion, having become addicted to Prozac and cannabis, Michael releases the single Jesus to a Child, dedicated to Feleppa, followed by his third solo album, Older. He sinks further into depression after his mother’s death from cancer in 1997.

Michael is arrested in a Los Angeles public toilet for “engaging in a lewd act” in a sting by the Beverly Hills police, and sentenced to 80 hours of community service. He later said the incident had left him “a better-off gay man”. Following his arrest, Michael goes on television to come out as gay and reveals his open relationship with American businessman Kenny Goss, which would continue until 2009. He releases a greatest hits album and new track Outside, with a video parodying the arrest.

Now largely out of the public eye, he finds himself subjected to considerable homophobic abuse when he releases political single Shoot the Dog, which criticises Tony Blair and George W. Bush over the war in Iraq.

His first album of original material for eight years, Patience is released. It goes straight to No 1, and he joins Paul McCartney on stage at Live 8 the next year.

Michael is arrested for drugs offences, and in 2007 has his driving licence taken away after he is found slumped at the wheel. In 2008 he is arrested again on Hampstead Heath for possession of Class A and C drugs; in 2010 he has his worst brush with the law when, on the way home from the Pride event, he drives into the front of a Snappy Snaps store in Hampstead. He is found to be driving under the influence and sentenced to eight weeks in jail, of which he serves four.

He releases his sixth and final album, Symphonica, containing mostly live versions of songs from his 2011/12 world tour. The tour had been briefly interrupted when he came down with pneumonia, which almost proved fatal. As part of the tour he was the first pop artist to perform at the Paris opera house, and donated all the proceeds to an Aids charity. In an interview for the tour, he confessed he still found the pressures of fame and his often obsessive fans very difficult to deal with, even as he reached his 50s. He said he coped “as badly as ever … I try very hard to thank my lucky stars and keep it in perspective and proportion, but it can be very tiring having a smiley face all day”.

Dies at his home in Oxfordshire on Christmas Day, aged 53. 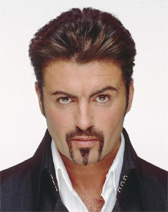