Who is Adriaen Brouwer?

Flemish genre painter active in Flanders and the Dutch Republic in the seventeenth century.
Adriaen Brouwer was born Adriaen de Brauwer to Adriaen de Brauwer senior and Mariae Zutters. His sister was born four years later and was also named Mariae. He was born Protestant like most people in his hometown.

His father was a tapestry designer and Adriaen helped him create the various cartoons upon the tapestries. Oudernaarde was the centre of Europe's tapestry trade and was therefore a bustling place during the 16th and 17th centuries.

It is believed that Adriaen Brouwer showed an early talent for art from a young age and took part in the local art competitions that came to his home town known as 'De Kersouwe' and 'Pax Lobius'. Such competitions originated in the Netherlands. They aimed to seek out potential talent and lure it Netherlands. This is perhaps where the young Adriaen, then 7 or 8 years got his desire to travel from and he yearned for better opportunities to develop his artistic career.

In 1622, Adriaen's father passed away and the young artist saw this as his opportunity to get out of his small town and so he ran away from home aged just 16. He arrived in Amsterdam and set out to make a name for himself as an artist.

During his time in Amsterdam Brouwer lived the typical bohemian lifestyle and moved around a great deal, staying wherever he could afford to. He spent a great deal of time in local taverns and these acted as his 'studio' and he painted all his works from events and moments that happened in these places, representing the underbelly of 17th century Dutch society.

Adriaen became addicted to tobacco and alcohol; tobacco was the more futile of the two narcotics and was a very dangerous product to consume as it was very ill prepared. Brouwer's love for these two vices is evident in his work The Smokers which he completed in 1636.

Nevertheless Brouwer was a prolific artist who quickly made a name for himself. His work was recognised by landscape artist, Barent van Someren who had seen 30 works by the young painter who was earning many commissions for his unique approach to the iconographical in emphasizing emotions and feelings rather than the physical aspects to the subject matter. At just 19 years old, Brouwer was making a great impression on the Netherlandish art scene and some of his works were even purchased by Rembrandt who was around the same age as Brouwer at this time.

In Amsterdam Adriaen became a member of the Chamber of Rhetoric of the arts and culture and entered various competitions for his poems "Beminvaar" and "In liefde boven al" ('Love above everything'). He was also an actor and travelled with the drama group around the Netherlands for various theatrical productions.

In 1626, at the height of his popularity Brouwer moved to Haarlem and worked in Frans Hals' studio. Hals had the greatest influence of Brouwer as he too enjoyed visiting the local taverns to drinking and gain inspiration for his works.

Adriaen stayed in Haarlem for about a year and then moved back to Amsterdam for more work opportunities. In 1631 he decided to return to Flanders and go to Antwerp where the great master Peter Paul Rubens was putting Flemish painting on the map.

As Adriaen Brouwer never kept any documents about his personal or professional life and thus it can only be assumed that he wanted to establish himself in his home country along with the likes of Anthony van Dyck and Peter Paul Rubens and help to define Flemish Baroque.

Brouwer was already well-known in Flanders, as Rubens was a big fan of his works and bought a total of 17 of Brouwer's paintings. Van Dyck had even made special arrangements to meet Brouwer when he came to Antwerp and painted a portrait of the artist.

The following year in 1632, Brouwer became a member of the Guild of St. Luke in Antwerp and took on a student by the name of Jan Baptist Dandoy. Brouwer's works were in constant demand and there were even forgeries being made. The Guild had to make stricter laws for the works leaving Flanders and being circulated within the country to prevent possible forgeries.

On Adriaen's re-entry into Flanders on the 22 September 1633, he was arrested by the Spanish troops as they thought he was spy form the Netherlands and the fact that he was Protestant did not help matters. The artist was taken to Het Kasteel, a prison and the headquarters for the Spanish army in Antwerp. Het Kasteel was no ordinary prison as it contained various facilities for the Spanish troops as well as an art studio, drinking canteen, brewery and bakery in which the prisoners had to work.

Brouwer did not stay there for very long but while there he met fellow artist Joos van Craesbeek who worked in the bakery. The two became extremely close and remained friends after they were released. It is believed that Rubens had to come to Het Kasteel and testify that Brouwer was not a spy but an artist born in Flanders.

Rubens, who was highly impressed by Brouwer's work, invited him to come and work in his elite Antwerp studio upon his release. But Brouwer was thrown out after only a few days as he would arrive drunk or having taken drugs and this upset the other students.

Even though Brouwer's work was much in demand and always sold, he was in constant debt as he was always spending his money on tobacco, drink and indulging friends at the taverns of Antwerp. He was in such severe debt that he had to have his inventory taken by the court to account for the money he didn't have to pay his bills. Brouwer would often offer pub owners a sketch or painting to cover his high bar tab.

In January 1638, Adriaen died most probably of a stroke due to his tobacco addiction and drinking habits. His body had certainly weakened after 16 years of hardcore addiction and a poor diet. Some stipulate he could have died from another plague that hit the Flanders.

At the time of his death he was living with friend and engraver Paulus Pontius. He died penniless and was buried by the kind charity of friends at the Church of the Carmelites in Antwerp.

All videos of Adriaen Brouwer 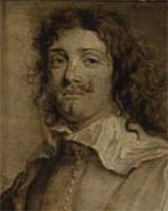