Who is Victor Fleming?

Victor Fleming was born in La Canada, California on February 23, 1889. Fleming began his film career as a stuntman in 1910.
A former mechanic and professional race-car driver, he specialized in stunt driving. He soon became interested in working on the other side of the camera, and, after serving in the photographic section of the army during World War I, and acting as chief photographer for President Woodrow Wilson in Versailles, France, he worked as a cameraman on D. W. Griffiths's 'Intolerance' in 1916 and on many of Douglas Fairbanks's films. He moved on to directing with pleasant, manly Fairbanks comic vehicles, such as his first movie as a director, 'When the Clouds Roll By' in 1919, and a few prestige efforts such as 'Lord Jim' in 1925.

When Talkies came in, he stayed on the A-list, directing Gary Cooper in his first big hit, 'The Virginian' in 1929. His studio was MGM, where he had a reputation as a dependable fix-it man. He was known as a tough guy who could stand up to the studios and get on with actors, which led to his many uncredited tidy-up shoots, such as on 'Red Dust' with Jean Harlow and Clark Gable in 1932. He also directed Jean Harlow in 'Bombshell' in 1933.

After his Oscar win with 'Gone with the Wind', Fleming worked less often, on self-consciously big, awards-films suffused with a kind of pretentiousness not found in his breezier work. He made an entertaining but murky 'Dr.Jekyll and Mr. Hyde' in 1941 with Spencer Tracy, the John Steinbeck adaptation 'Tortilla Flat' in 1942, and the wartime fantasy 'A Guy Named Joe' in 1943. His last film was the turgid but expensive Ingrid Bergman version of 'Joan of Arc' in 1948 which received seven Academy Award nominations, winning two Oscars.

Soon after completing Joan of Arc, on January 6, 1949, Fleming died suddenly from a heart attack. He was fifty-nine years old. 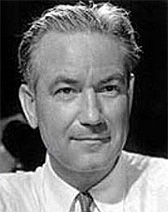